I have delved in to the EMW archives for another post, a quick look at some ideas from Jacob Reuff’s birth manual The Expert Midwife:

…parts of her ‘secret members’…just fell out of her body…

For those in Britain in the seventeenth century (and indeed the rest of Europe), much of the miracle of birth was still a mystery, certain signs were perceived to be indicative of pregnancy, but there was no way of knowing for sure, no definite pregnancy test. This uncertainty surrounding the reproductive process gave rise to many strange beliefs. For Jacob Rueff the author of the birth manual The expert midwife (1637), one certainty was that the devil could through deception or possession impregnate a woman, he felt that the matter ‘needeth no question’. Reuff’s manual recounts several disturbing tales of sexual encounters between men, women and the devil. One alleged encounter involves a women and the devil in the shape of a man. This encounter ends with the woman getting an incurable rotting in her stomach before finally loosing her entrails and parts of her ‘secret members’, which apparently just fell out of her body. A gory tale but Reuff must have felt it a necessary to warn readers of the potential danger.

….the male and female seed ‘congeal and curd together’….

It was thought that some seed from a man and seed from a woman somehow mixed together and grew into a child, however the exact details of this miracle were unknown. The following are images taken from a the same birth manual concerning how babies were conceived and grew in the womb. Alongside the illustrations Reuff describes how the male and female seed ‘congeal and curd together’ like a ‘tender egg’ before proceeding to form some kind of a skin, then generating a liver, and the heart before finally forming a child. I find these images fascinating as they show so much detail, and although they weren’t quite right, you can see how they could have been received as scientific fact. 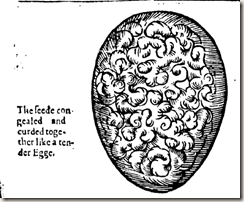 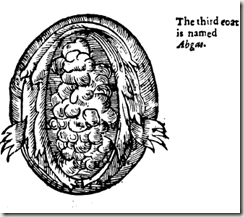 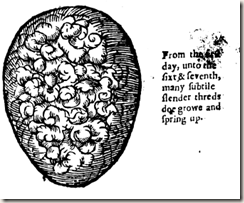 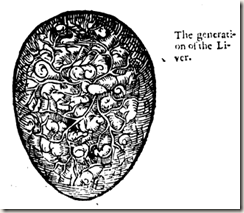 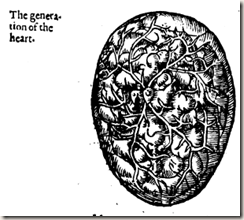 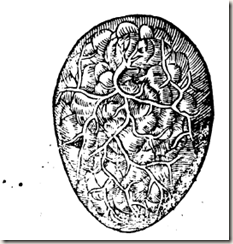 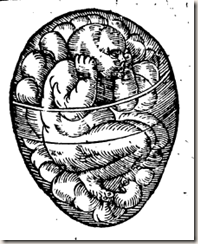 Me in no particular order: Blogger, MA History graduate, Mum and trainee teacher (Sep 2019). View all posts by Mrs JH

Thank you for reading. If you enjoy my content please consider supporting what I do: